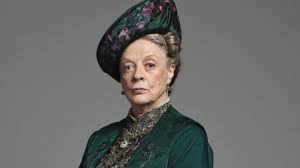 Harry Gordon Selfridge. Ever hear of him? No, right? Well it’s his fault that Apple employees smile so damn much and that shopkeepers hover over you offering unwanted help with you having to repeat, “Really, I’m just browsing,” but thinking LEAVE ME THE FECK ALONE, MOTHER FECKERS. (Then again, maybe that’s just me.)

Because it was Harry Gordon Selfridge who didn’t simply coin the phrase, “The customer is always right” but he embodied it and threw it (up) on the world. Specifically, on London, on Oxford Street.

Before this man from Ripon, Wisconsin came along, you’d go to a store, tell the shopkeeper what you wanted and the shopkeeper would get an item that fit your description and you would either A) buy it or B) say No thanks and leave the store. End of story. There was no “browsing”, no “just looking.” In the clip below, look how this attitude plays out when the uptight Brit proprietor of the store scolds Selfridge, saying: “This is a shop, Sir, not an exhibition.”

Well, this brash and confident American basically said, Screw that, shopping should be fun! And boy did he make it fun. In 1909, he opened a store called Selfridges on the less popular (i.e. uglier) part of Oxford Street. And not just a dinky little store. He thought big and he built big. It is HUMUNGOUS and architecturally stunning. 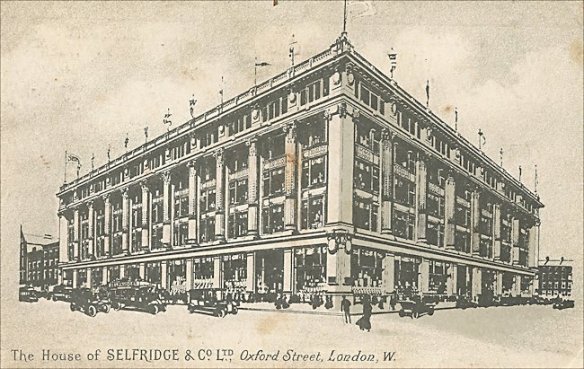 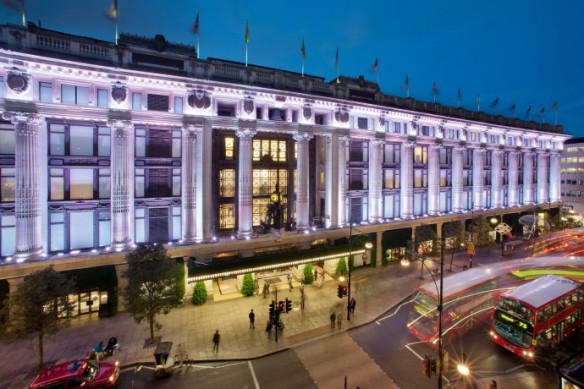 Selfridge held nothing back for the advertising campaign for the store’s opening.  Thirty police officers were required at the grand opening to control the crowds. Rather than a chore, Selfridge wanted people to see shopping as a pleasure, even, dare we say, FUN. (Those damn Americans!)

Later that year, Selfridge convinced the first person to fly a plane across the channel, a Frenchman named Louis Bleriot, to exhibit his (rickety!) airplane on the shop floor itself,  drawing crowds of 150,000. And that was only the first of many (unusual and outrageous) educational and scientific exhibitions.

Inside the store itself, there was also (I couldn’t believe this when I first read this) a post office, a theatre booking office, a library and an information bureau. In a store! In 1909! He was mad! There were art galleries, a  “silence room” for resting (LOVE THAT), restaurants and a roof garden (yea, I know “old hat” now – but not then!). Language interpreters were provided when needed, and a trained nurse was employed to administer first aid should someone take ill or fall. So it wasn’t just the customer is always right but the customer is center stage and shall be catered to.

So I like this guy cuz he had guts. I mean balls to the wall.. Everyone said, No, you can’t do that! That’s… that’s scandalous! That is unseemly! You’ll never get away that it! And HE DID ANYWAY. I mean this dude believed in himself. Yes, he can, he’s AmeriCAN! Hahah. BUT he loved loved loved England and in the end, England loved him.

I’m gonna write more about him soon. I think he’s fascinating. In the meantime, watch the series, Mr Selfridge on PBS /itv /Netflix.

2 thoughts on “The Customer Has Not Always Been Right”