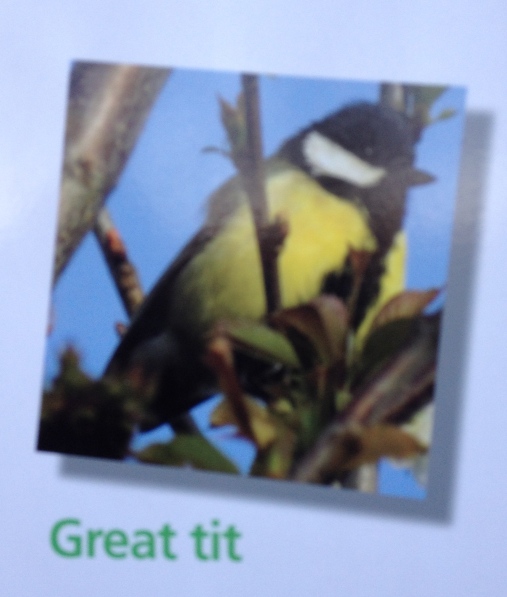 Here in England, people are into their gardens and birds! It’s not that I’ve never been into birds, it’s just that there are so many. I find it a bit overwhelming. So let’s just talk about tits. Gonna use Wikipedia to learn about tits.

According to Wikipedia, “tits can be found in most of Europe, Asia, North America and Africa.” No tits in Australia or Greenland? What’s their definition of tits, I wonder. Are they calling them something else if they’re too small? Ok, let’s move on.

Wiki adds, “Tits are generally insectivores that consume a wide range of small insects and other invertebrates, particularly small defoliating caterpillars.” Tits eat insects! Who knew!  So it’s not just men that the quickest way is through the stomache! Science is fascinating.

“Tits have a variety of methods for attracting mates, primarily through their intricate, bouncing mating dance,” the article goes on to say. So tits bounce to attract attention. That isn’t entirely surprising. They are pretty lively.

According to Wikipedia: “Many African tit species are cooperative breeders.” Seems to me that all tits cooperate with breeding.

One last interesting bit about tits: “Only the blue tit is typically polygynous: all other species are generally monogamous.”

I live to learn and I think I speak for you all.

p.s. needed a bit of silly outrageous fun today, what with writing/sending academic cv’s all week. job hunting is a blast — so not!